We are pleased to announce that Io is expecting her maiden litter in April. She enjoyed her time with Kade so much that she decided one visit was not enough! I think she loved being spoilt by Sue & Jerry Smith www.chatayatonkinese.net . Kittens expected will be 5th Generation Tonkinese and eligible to be shown with the GCCF & TICA. I’m expecting all 3 coat patterns (mink, colourpointed and solid) and all 4 main colours, Brown, Blue, Chocolate and Lilac.

26th April 2014: Io gave birth to 5 kittens in the evening of Saturday. Mum and kittens are doing well and her birth partner Jupiter was on hand all the way through the birth at her demand! Since last night Io has released Jupiter from his duties and employed Nemo as companion nannie so that she can take little breaks from them and to aid with cleaning duties. On first inspection I believe there to be 1 male and 4 females, 2 solids, 1 pointed and 2 mink coated kittens. Kittens will be ready for their new homes around the 25th July 2014.

Enquiries regarding future litters, however this litter is now booked in full. 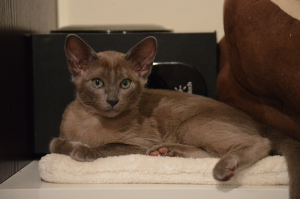 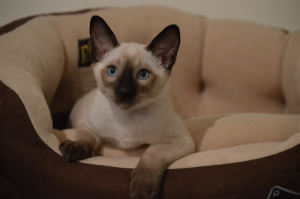 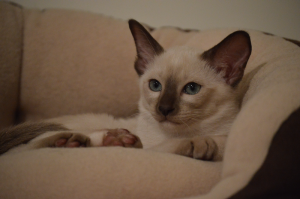 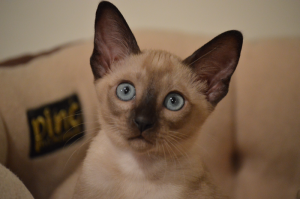 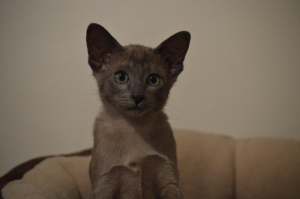